You are Lying Dawud Walid...... From The Reliance of The Traveller (a classic manual on islamic sacred law “sharia”). Available on Amazon PERMISSIBLE LYING r8.2 The Prophet (Allah bless him and give h i m p e a c e ) s a i d , "He who settles disagreements between people to bring about good or says something commendable is not a liar." This much is related by both Bukhari and Muslim, with Muslim's version recording that Umm Kulthum added, "I did not hear him permit untruth in anything people say, except for three things: war, settling disagreements, and a man talking with his wife or she with him (A: in smoothing over differences). " Page 744-745 Notice it says you can lie in war. In Islam there are two Houses or Camps Dar Al Islam (The House of Islam or Submission) And Dar Al Harb (The House of War) Those who haven’t bowed to allah, Kafir/Infidel/Nonbeliever. Islam is always at war with the Kafir/Infidel/Nonbeliever. You can lie to Kafir. Also: “If a praiseworthy aim is attainable through both telling the truth and lying, it is unlawful to accomplish through lying because there is no need for it. When it is possible to achieve such an aim by lying but not by telling the truth, it is permissible to lie if attaining the goal is permissible.” Reliance of The Traveller pg 745 A praiseworthy aim would be advancing Islam. So lying and saying it is a religion of peace is permissible. If they told you the truth you wouldn’t want them around you right? You have to decipher his speech “dire circumstances” is also when your religion is at risk example people figure out islam isn’t a religion of peace. If all people knew this islam wouldn’t exist in this country. Anti Muslim Bigots? big·ot ˈbiɡət/ noun noun: bigot; plural noun: bigots 1 a person who is intolerant toward those holding different opinions. This word is used to silence people When that belief says to kill others that don’t bow to their god I’m happy to be a bigot Islamic beliefs not PALATABLE? Yeah it’s hard to swallow the fact that someone wants to kill you and your family. Signed, The Educated Anti Islam Bigot.

This guy is either lying about telling the truth in Islam, or he is just ignorant. One of the most popular manuals of sharia law, "Reliance of the Traveller" has a whole chapter on permissible lying which includes not only outright lies but also various ways of misrepresenting the truth in order to create a false impression in the listener. This manual of sharia law was approved by the highest Islamic religious authorities of Saudi Arabia, Jordan, Syria, Egypt (Al Azhar) and America. Are we to believe that this propagandist on the video knows more about Islam that the highest Islamic religious authorities? 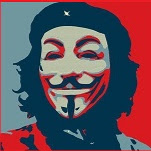 This is an excellent presentation clarifying an often misunderstood and intentionally misinterpreted facet of Islam. That said, it must be recognized that those with a vested interest in demonizing Islam will see the video, itself, as an example of Taqiyya attempting to dissemble the 'truth' of so-called 'radical Islam'... there's no convincing some folks. Nonetheless, it's a very good presentation that I'll keep handy as a counter to those with whom I 'do battle' over intolerance & bigotry.